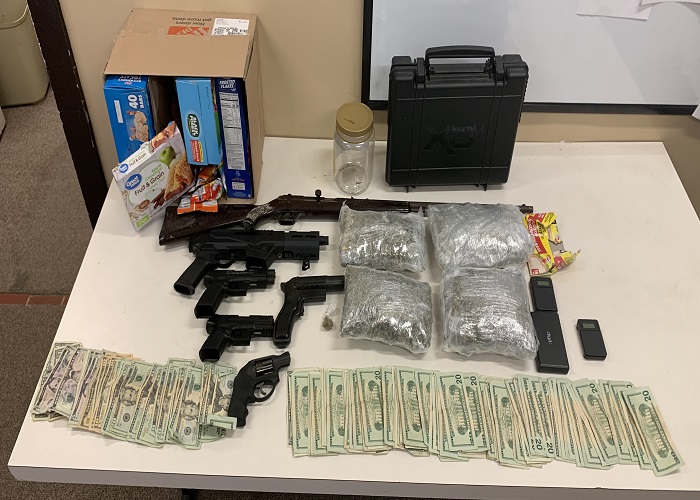 HARTSVILLE, S.C. – Sheriff Tony Chavis has announced the arrest of two Hartsville men after Investigators with the Drug Enforcement Unit located guns and drugs hidden inside a residence.  Investigators searched the residence in the 300 block of Patrick Hwy. Wednesday afternoon.

“Once again, my Investigators worked diligently to gather evidence to secure a search warrant for this home,” stated Sheriff Tony Chavis. “My Investigators located five firearms, in excess of four pounds of marijuana, weight scales, plastic bags for packaging and money.”

According to Sheriff Tony Chavis, Investigators arrested Tanorris Gerrod Brailey, 35, and Larry Denelle Brailey, 38, both of Hartsville.  Both men are charged with possession with intent to distribute marijuana and remain in custody at the W. Glenn Campbell Detention Center awaiting a bond hearing.