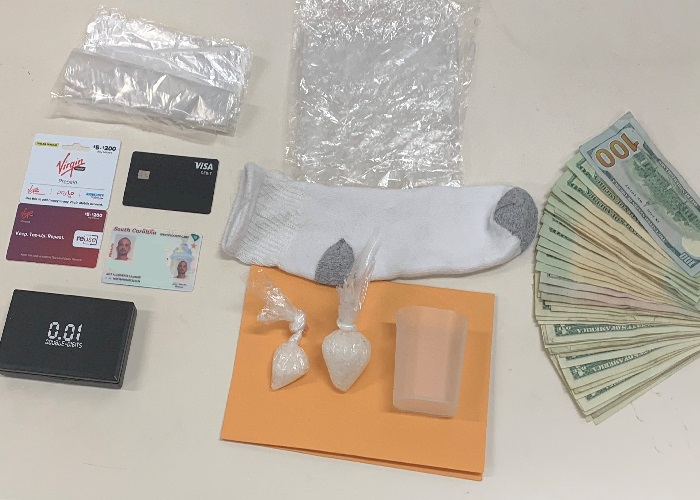 DARLINGTON, S.C. – According to Darlington County Sheriff Tony Chavis, Patrol Deputies conducted a traffic stop on Timmonsville Hwy. around 12:30 p.m. today for a traffic violation. During the traffic stop, Patrol Deputies received consent to search the vehicle and located approximately 40 grams of methamphetamine in a sock along with plastic baggies, a weight scale and money. The driver and a passenger were taken into custody.