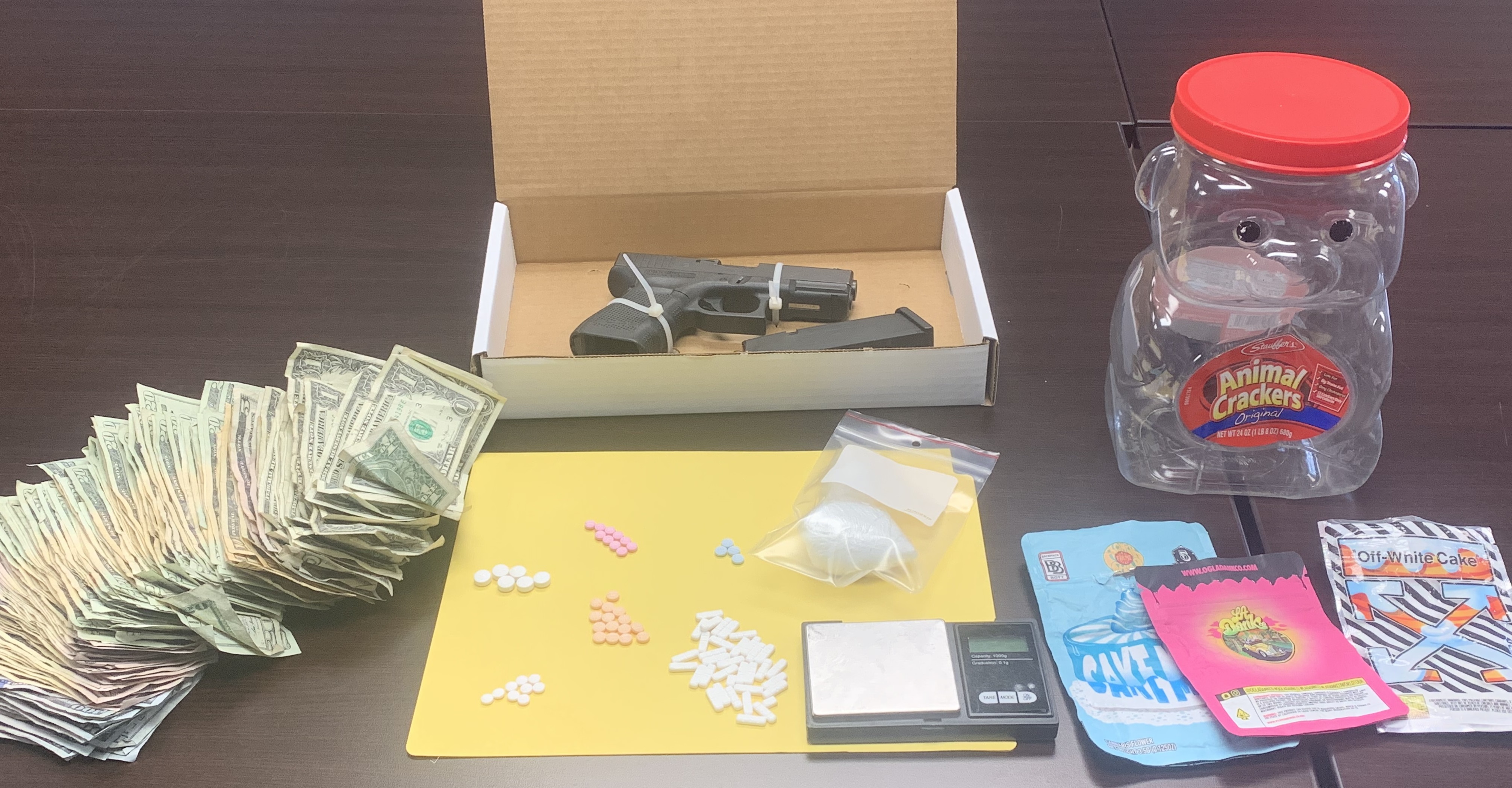 Deputies located on the suspect and in the vehicle over one ounce of cocaine, a Glock pistol, approximately 147 grams of marijuana, 77 pills and over $6,000.  Deputies arrested Rakeem Terrell Mazon, 26.  Mazon is charged with trafficking cocaine, possession with intent to distribute marijuana, two counts of possession with intent to distribute a controlled substance and possession of a weapon during a violent crime.

In 2015, Mazon pleaded guilty to discharging firearms into a dwelling,a felony, for which he was sentenced to 2 years probation.  Mazon remains in custody at the W. Glenn Campbell Detention Center.