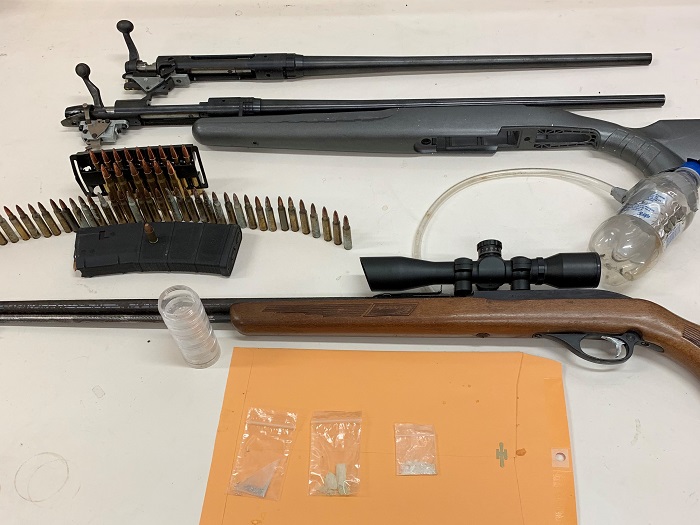 FLORENCE, S.C. – Sheriff Tony Chavis has announced the arrest of three by the Drug Enforcement Unit, including a convicted violent felon, following a Tuesday morning search of a residence on Candy Ln. in the Florence area of Darlington County.  Investigators were assisted by Deputies assigned to the Special Incident Response Team.

“Investigators located approximately 40 grams of methamphetamine, 6 grams of crack, a gram of heroin, two rifles and ammunition,” stated Sheriff Tony Chavis. “Once again, my Deputies did an excellent investigation to get these drugs off the streets and guns out of the wrong hands.”